There’s WAAAYY More Freelance Work Out There Than You Think

by Chelsea | Feb 4, 2021 | Behind the Scenes, Freelance, Motivation, Solopreneur, Starting a Business | 0 comments

Once upon a time, in 1982, there was an insurance salesman.

For whatever reason, in 1982 about HALF of all the insurance salesmen out there thought “business was down” due to a rough spot in the economy, a recession, or whatever.

Because they thought “business was down,” they decided to stop trying to sell as hard, reducing the number of sales they made, and consequently their income.

One salesman, however, recognized that sure, maybe the market was down about 10%, but with most of the insurance guys he knew reducing their efforts to sell, it left him a MAJOR opportunity to step up & get the business they were leaving on the table by just not trying, due to “the economy” or whatever their excuse was.

He stepped up his game just a little bit, and his business grew dramatically that year.

While everyone else around him was crying wolf & dealing with smaller paychecks, he was balling. Hard. He made so much money, he even had a driver available to take him to his appointments. (Remember, this was about 30 years before Uber was invented, so it’s kind of a big deal.)

I see the same damn thing happening with freelancers in 2021.

More than half of them think the economy is down (which it is, no doubt). But because they think that way, they hardly even try. They just scrape by with the clients they were able to hold onto through 2020, and any time they do take the effort to pitch a new client, they assume they’ll only get the deal if they pitch rock-bottom rates.

They’re defeated, and the clients can tell. And they don’t want to work with a downtrodden freelancer.

The opportunity-minded freelancers, on the other hand, are having a hey day.

They might not be getting as many leads into their inboxes, but they’re landing the ones that do left, right, and center.

Because they know the ~even though~ the economy is down, companies STILL need to continue to operate.

They know that even if a company had to lay off some of their full-time writers, designers, coders, developers, whatever….

They know that smart companies are planning their upswing, and they’re there ready to offer their business-oriented services to help them do exactly that.

They know these companies STILL have a need for that work to be done, and freelancers tend to be a more affordable alternative. Even if they cost $10,000 or more. It’s A LOT better than a $50,000+ salary they’d have to pay otherwise.

And you know what?

They’re f*ing doing something about it.

And you can do something about it too, .

If you haven’t quite been landing as many freelance deals as you want, or haven’t been getting paid as much as you know you could…

NOW is the time for you to act.

I’m teaching you everything I know about repeatedly landing $10,000+ gigs… a process I used for YEARS & continue to use in my copywriting agency.

In fact, I’ve added a proposal I used in 2017 to *easily* land a $14,476 gig that you can see for yourself, download, read through, scour, and use as a model for sending your own proposals.

Here’s what other students have had to say about the training: 👂

And then, of course, there was Sophie’s story about landing her first $10,000 client right after signing up for the training, which I shared last week with her permission. (You can click the image below to watch it.) 🗣️ 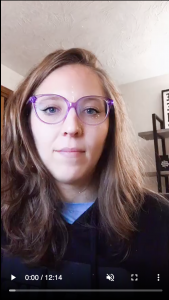 It’s a course that WORKS, and you need to be in it to learn how to make it happen for you.

DM me here with questions, otherwise I’ll see you on the inside. 😘