How to Become a Wedding Planner 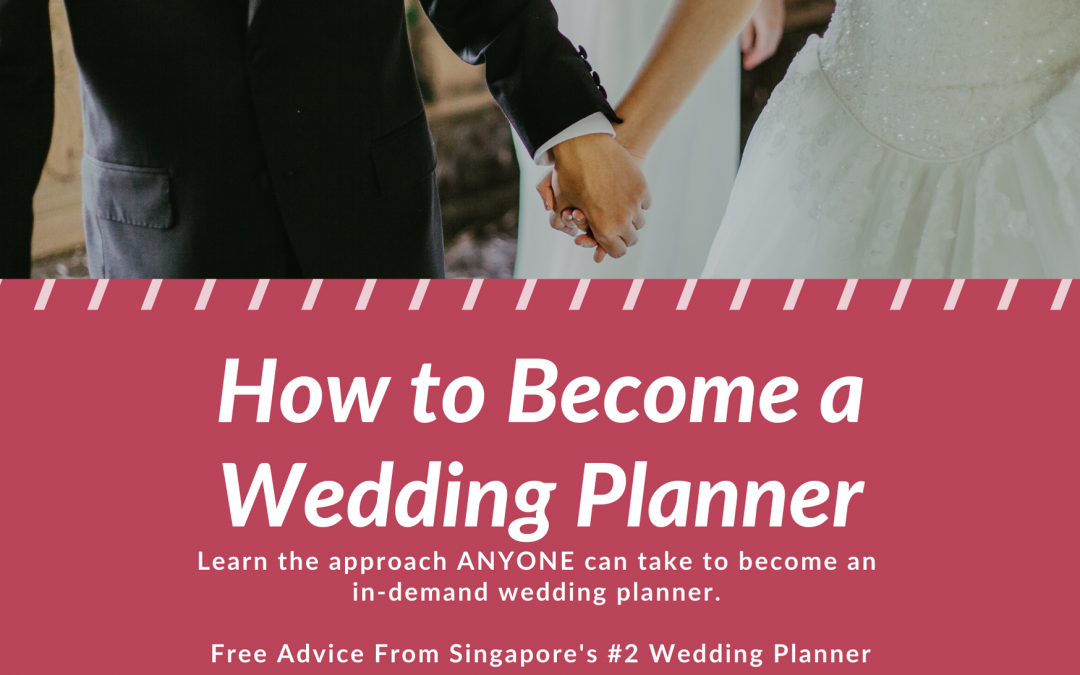 Bryan Victor, former owner of Beautiful Gatherings, became the #2 wedding planner in all of Singapore, and was probably one of the most likely candidates in the country to gain that spot.

For starters, he’d never been married.

Second, he was a man in a traditionally female career. (Especially in Singapore.)

I mean… who’s going to hire a 26-year-old dude who’s never been married to plan their wedding?

He’d have to do A LOT to prove himself to get hired, let alone to get to the top of his game like he did.

In Episode 2 of The Business Bitch Podcast, I interviewed Bryan on how he achieved this career feat, and it was incredibly interesting.

And surprisingly… really scrappy. He had no experience to start with.

He didn’t do any online certifications or in-person classes on how to be a good wedding planner. He didn’t pay an agency hundreds or thousands of dollars to become “official.”

He just pinpointed people he thought were doing really, really good job at it, and was unafraid to go straight to the source.

How Bryan Became a Wedding Planner

As Bryan tells his story in our interview, he says, “Stumble your way through & believe in miracles.”

And that’s exactly how he became the #2 wedding planner in his country.

He knew he wanted more out of his life and career, and with the jobs he’d held before as an MC, a sound technician, and performer at events, he was excited to give wedding planning a go.

He noticed that the traditional weddings he went to in Singapore were all pretty run-of-the-mill and boring, but weddings in the US, specifically California, and specifically LA looked really fun and really beautiful.

He already had a round-the-world flight booked, and since his first stop was in LA, he decided to do his best to learn whatever he could about planning weddings, and planning the kinds of weddings people loved to be at—whether they were the ones getting married or not.

But…. how on earth was he going to get these high-end wedding planners to notice him and give him a chance, especially when he had no history in the industry?

Emailing people he didn’t know & never met… but offering to show up & work for them for free, just to learn.

In an idealistic world, everyone he emailed would email back, happy for a chance for some free work & to spread their hard-earned knowledge.

But that’s not what happened.

He got ignored. He got stood up. A lot of people just didn’t care… or thought he’d end up suing them for whatever reason, so they said no.

It was hard to get a foot in the door. Harder than he imagined it’d be.

He sent over 100 emails to wedding planners in the area, and eventually, some people let him into their world.

And he took every opportunity he was presented with. He did apprenticeships under some of the best wedding planners out there, and learned SO MUCH, SO FAST.

He finished his around-the-world trip, got back to Singapore, and used what he learned… both about planning weddings and the business of being a wedding planner… to skyrocket his business to the #2 status in the country.

(He’s got a HILARIOUS story about the duct-taped car he drove around while there… you don’t want to miss it.)

Bryan’s Secret to Getting to the Top of the Wedding Planning Industry, Fast

But, as anyone who’s tried to be in business for a while knows, just “doing a good job” at what you do isn’t enough to make your business successful.

And the biggest part of getting business is marketing.

So, that’s what Bryan made one of his top priorities when he got back to Singapore and started his wedding planning company, Beautiful Gatherings.

First, he had to set himself apart from the crowd.

He did this with his image by growing a goatee so he could be the “guy with the goatee” in his industry (which he’s now shaved off), and by taking sleek pics and doing his best to get decent media coverage from the get-go.

Basically, Bryan styled a wedding set and showed people what he could do, before anyone actually hired him to do it. (Sort of like having a portfolio to show off his work.)

He got a photographer to take pictures of it, and he got scrappy and found ways to get those pictures, and therefore his business, featured on as many relevant niche sites and publications as possible.

This way, people noticed him and started getting in touch about his services… and he was able to convert some of them into clients.

He Determined His Smallest Viable Audience

In our podcast interview, Bryan talks about concept of having a smallest viable audience, and how it helped him narrow his marketing focus, so he didn’t have to waste his time marketing to anyone & everyone in the wedding industry.

He tells it like this: Who are the FIVE people you’d be happy serving with your new business?

And that’s ONLY FIVE. Not five hundred.

Know who they are, know what they do, and where they hang out online (And offline.) Use this knowledge to market to those FIVE people, and your message will be a lot stronger & more desirable to more people.

Then, when those people come to you, they’re a lot easier to close as customers, and you can start working to gain even more recognition in your industry after you have had customers and can generate word-of-mouth buzz through them.

Plus, in a business like wedding planning, you don’t need a million clients all at once to make a living. You can focus on one or two at a time while you focus on building up your reputation.

Being single and young, Bryan knew he only needed $2,000 per month to live. He charged more than that for a single customer, so it wasn’t as stressful for him.

Truth is, you can learn A LOT about wedding planning, and be a MUCH better wedding planner out of the gate by taking Bryan’s approach. But you’ll never reach a point where you feel 100% prepared to take the leap and do it.

You’ll just have to jump!

As Bryan says in the episode: Don’t get caught up in starting the perfect business model. Just start. You can always pivot—but it’s easier to pivot when you already have something created TO pivot.

This story & information have been brought to you courtesy of The Business Bitch Podcast.

🗣 In each episode, we interview a successful entrepreneur, solopreneur, or small business owner on HOW they achieved success. 🤩

We talk about the ups and downs, what they learned, and mistakes they made that you can avoid.

Every interview is high-value, and there’s something incredible to learn from each one.

We cover a wide range of professions, from tattoo artists to cleaning ladies, as well as topics involved in “doing business” no matter what profession or business model you’re involved in.

You can listen to Bryan’s episode, and check out other great episodes to listen to 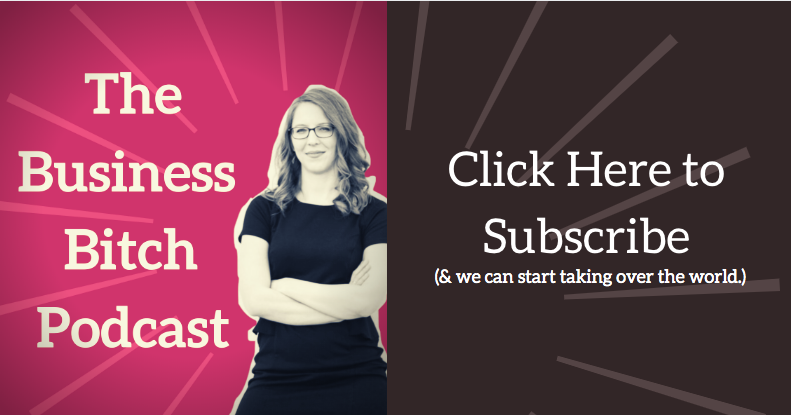